The Transformation of the Nissan March

The first generation NISSAN MARCH went on sale in October 1982 as NISSAN’s first 1-liter car. The outer design was made by Giugiaro, which featured a simple design with a European feel. The body size measured in length, width, and height at 3,735mm, 1,560mm, and 1,390mm respectively; though it was compact, due to logical packaging, a riding capacity of 5 people was realized. Only the 3-door was available as the body type.

The drive system for all vehicles was the FF.

In May 1985, turbocharging the 52-horsepower gasoline engine led to an increase in power output to 85 horsepower; this entered the lineup as the “Turbo.”

In August 1987, the canvas top edition was added.

In January 1988, minor changes were made to alter the design of the interior and exterior. Though the changes were small, the “Super Turbo” was newly added to the lineup. For this grade, there was an aim to enter motor sports competition market, and as such, to accommodate to regulations, the displacement was reduced to 930cc. Furthermore, by double supercharging the turbo and supercharger, the power output was increased to 110 horsepower.

In January 1990, changes such as the wheel cover design and seat covers were made. 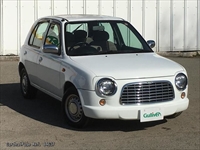 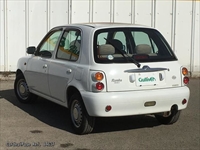 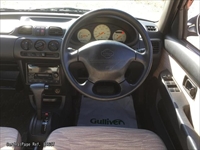 The engine carried were the 997cc gasoline engine with 58 horsepower and the 1,274cc with 79 horsepower.

The transmission that could be combined with this was the 5-speed manual and 4-speed automatic. For certain higher class grades carrying a 1,274cc with 79 horsepower engine, the CVT was also made available.

The FF was carried over as the drive system.

In January 1993, the CVT was made available for the 1.0 Grade as well. As such, for vehicles with the 997cc engine with 58 horsepower and CVT, fuel consumption measured at 16.6km/L.

In December 1994, with the aim to improve safety features, all vehicles were installed with SRS airbags as standard equipment.

In May 1997, minor changes were made to the interior and exterior. For the exterior, the front grille was integrated into the design for a more unified bonnet, and the headlights were enlarged as well. For the interior, dual airbags were installed as standard equipment, enhancing safety features.

In November 1999, the engine carried was changed, and the 4WD was made available. The 1,348cc engine with 85 horsepower was combined with the CVT to achieve fuel consumption of 14.8km/L. Moreover, the 997cc engine increased its power output to 60 horsepower. 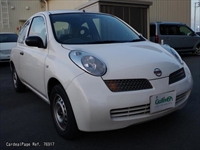 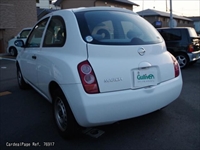 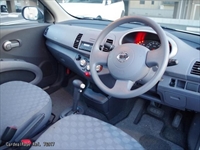 In May 2002, the March underwent a full model change to its third generation model. The exterior of this model greatly differed from that of the previous models; curved surfaces were greatly used, and the headlights were positioned much higher for a charming and more endearing look. The roof was also rounded to form a slight mountain, making for a unique exterior that was markedly different from other vehicles and models. The body size measured in length, width, and height at 3,695mm, 1,660mm, and 1,525mm respectively; the total height was particularly made high so that there was plenty of head clearance. Furthermore, a rigid body that boasted enhanced collision energy absorption was used, and side door beams and doors that further improved collision absorption was installed, leading to significant improvements in safety features. Moreover, driver and passenger side SRS airbags were installed as standard equipment.

Only the FF had been made available as the drive system, but later, the e-4WD that operates the rear tires with an electric motor was added.

In April 2004, Plasmacluster Ion air conditioning was installed for many grades as standard equipment, demonstrating efforts to enrich equipment options.

In August 2005, minor changes were made, leading to design changes to the front grille and bumper. In terms of the interior, the seat cover material was changed, improving texture and quality. The engine lineup was also reevaluated; the 997cc with 68 horsepower was discontinued, and the 1,498cc gasoline with 109 horsepower was newly introduced to the lineup. At this time, the fuel consumption ranged between 19.0km/L and 21.0km/L for the 1.2 Series, 16.8km/L for the 1.4 Series (4WD only), and 19.8km/L for the 1.5 Series.

In June 2007, changes were made to the exterior design; primarily, the headlights and front grille design was altered.

In October 2008, the equipment options were enriched. Privacy glass and rear seats that could be separated and folded down were installed on certain grades as standard equipment. 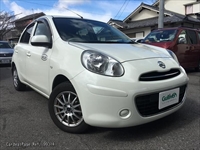 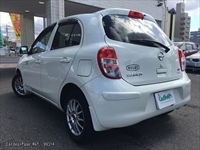 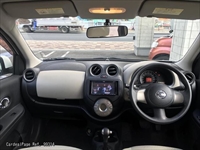 The fourth generation model released in July 2010 carried over popular elements of the third generation model, such as the exterior design and many body color options. Though the distinctive exterior modeled on the Keep Concept design was also carried over, the edges of certain parts were made more prominent, differentiating it from the previous model. Moreover, in terms of the interior, the design was based on a circle motif; for example, in the center lower portion of the center console, a round control panel was installed.

The engine carried was only the 1,198cc gasoline engine with 79 horsepower. For the higher-class FF models, this was combined with the idling stop system, and fuel consumption of 26.0km/L was achieved. Because of this high fuel efficiency, it was certified as a “2010 Fuel Consumption Standards +25% Achieving Vehicle.”

In April 2012, vehicles carrying idling stop system were improved to increase efficiency of the CVT, and fuel efficiency was further enhanced.


In June 2013, minor changes were made to the exterior. Nissan’s trending front grille, whose design is based on the letter “V,” was utilized for a more ornate look. Moreover, in terms of the interior, the design of the center cluster was changed and the color silver was incorporated for improved quality and texture. 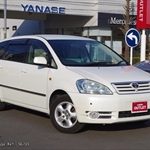 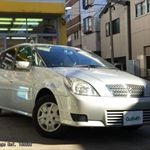 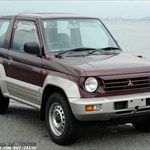 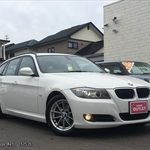 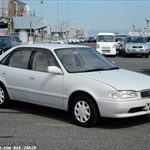 PREV
How many Japanese used cars are exported to Mozambique?
NEXT
TOYOTA GAIA: Which Version Do You Like for Used Car?