The Transformation of the Toyota Ipsum 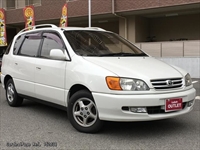 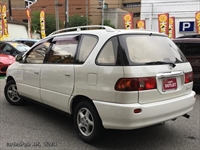 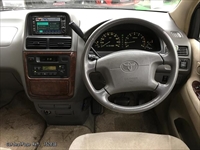 The first generation TOYOTA IPSUM went on sale in May 1996 in response to the expanding marketplace for passenger-type minivans. The chassis was based on that of the TOYOTA CORONA PREMIO. The primary user target was young families, and therefore, the development of the model centered on achieving maximum usability for these types of users.
As such, three rows of seating were installed for a riding capacity of seven people (2:3:2) and nine possible seating arrangements, thereby responding to a wide variety of needs and preferences. For the second row seats, sliding capacity of 345mm was realized; moreover, it was made possible to walk through from the first row, thus improving usability. Bright colors were also chosen for the upholstery color.
As for the exterior, a reverse slanted C pillar and rear windows that extended to the sides created a distinctive glass area. The body size measured in length, width, and height at 4,530mm, 1,695mm, and 1,620mm respectively, and with the driver’s seat height set at 660mn, good visibility and overall spaciousness were achieved.

The inline four-cylinder 1,998cc gasoline engine with 135 horsepower was utilized, and this was combined with the electric 4-speed automatic transmission.

The FF and 4WD were made available for the drive system. For the 4WD, by minimizing the system, the minimal turning radius was 5.5m, comparing favorably with the FF system and achieving great usability.

In August 1997, minor improvements were made. In terms of the interior, driver’s side seat lifters as well as front seat seatbelts with pretensioners and force limiters were installed on all vehicles as standard equipment. Moreover, the 2,184cc diesel engine with 94 horsepower was newly added to the lineup.

In April 1998, minor changes were made, and the front area design was altered. Primary changes included changes to the front grille design and the utilization of multi-reflector headlights. Moreover, in terms of the interior, separating functions and folding down capabilities were installed on the third row seats, leading to improvements in seat arrangements. 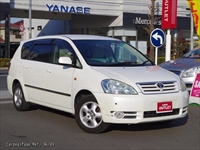 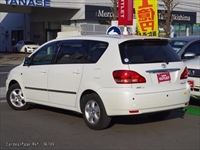 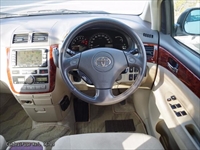 In May 2001, a full model change led to the introduction of the second generation model. The body size was enlarged to a 3 number body, measuring in length, width, and height at 4,650mm, 1,760mm, and 1,660mm respectively. The interior space was therefore further enlarged, responding to the requests and needs of users of the first generation model. Due to this, spaciousness was achieved, especially horizontally, and riding comfort was enhanced for the third row seating. Even so, minimum turning radius of 5.5m was realized, achieving a consistently high level of usability. Due to differences in second row seating structure, riding capacity of either 6-person or 7-person could be selected.
The design of the side windows continued to be one that emphasized a reverse slanting of the edges, but the C pillar that creates this shape was changed to a triangular design. Due to this, a smoothly flowing roof line was achieved from the front to rear. As for the front area, a metal-plated front grille and enlarged headlights led to an increase in luxuriousness.
For the interior, wooden and metal panels were used to achieve a more luxurious feel.

The 2,362cc gasoline engine with 160 horsepower was made available for all vehicles, and this was combined with a 4-speed automatic transmission.

For the drive system, the FF and 4WD were made available.

The engine displacement was increased but fuel efficiency was enhanced; fuel consumption of 12,0km/L was realized for the FF, and 11.0km/L for the 4WD.

In October 2003, minor changes were implemented, and the front area design underwent a facelift for a sportier look. The area of clear lenses being used was expanded on the rear combination lamps, further leading to a luxurious impression and a unified front design. Moreover, in terms of the interior, the instrument panel design was changed, improving maneuverability.

In August 2005, the equipment options were enriched, and environmental performance was improved. For the engine, cleaner gas emission was achieved, leading to certification as a “2005 Gas Emission Standards 75% Level Reduction.” Moreover, discharge headlamps with low beam/auto-leveling functions and passenger side wide view door mirrors were installed on all vehicles as standard equipment. 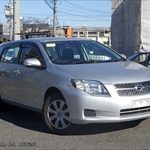 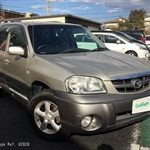 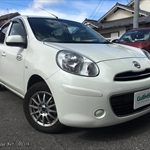 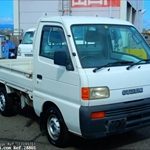 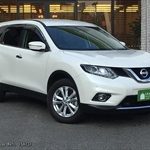