Mazda is an important car manufacturer from Japan who has introduced a large number of cars of various sizes in the market. The segment which Mazda introduced ranges from cars, to pick up vans and also to the high end trucks for commercial purposes. Mazda Bongo Truck is one of the Mazda E Series pickup vans by this big manufacturer. The first Bongo dates back to the 1966 which had a rear mounted engine. Mazda Bongo comes in the variants of Petrol and Diesel engines. The Mazda has undergone so many changes over a period of time. The initial model came up with 782 cc engine which was later changed to 1000, then 1300 and finally to a capacity of 2500 cc. There are two drive options available. The two wheel front drive gives a better mileage and fuel economy where as the four-wheel drive gives a better grip on the road and hence is slightly fuel consuming option. In any of the situation the Mazda Bongo is capable of handling situations. When you look for mileage Mazda is there and when you look for a cross country run, it still is there.

The Nissan Vanette is a minivan introduced by Nissan in the 1978 and became a hit in the performance. This had a 4-5 door option. It was popular and got a good price just because it was introduced by the sixth largest manufacturer of cars the Nissan.

Both Mazda and Nissan do have similar grounds of performance. They are manufactured on the basis of same engineering principles. Even though we say they are the same but yet they have been manufactured in two different giant manufacturing units of Japanese cars.

The Nissan was also having some popular names such as the Nissan Datsun Vanette and in different countries they had different names for marketing. This is available in three types of models. The truck version, a minibus and a larger coach version! The models came with the high roof style and then the ten seater coach version was launched for the commercial passenger category.

The Mazda Bongo has now got a facelift and now reintroduced by Mazda with a rear wheel drive and is now designed to have a low floor and a high roof with 5 doors and a 5-6 seats capacity. The Bongo truck is enhanced in the driving performance with a 1.8 liter four cylinder engine. For the cargo segment, the Bongo trucks have panels with more than 45mm height hinges and a longer chassis. It comes with air conditioning features and power windows as the standard variant. The safety airbags and sliding side door mirrors is also a feature in the standard version.

The Nissan Vanette also has a good market all over in different countries and has upgraded the wheel designs, and the seat designs. It has the added features of sunroof and is luxurious in the interiors. The brand comes with disc brakes in the front wheel and air conditioning as a regular feature. There are a few technical modifications that have been done to improvise on the fuel consumption and the total output of the truck.
It stands out as a truck, with so much of cargo space and the performance as the name stands. It has been awarded with many of the national and international awards for being a brand with design and concepts. It is more than a truck. It has the comforts of a car and the sturdiness and long running capacity of a truck. The future of both these trucks in the segment of cargo is bright ahead. 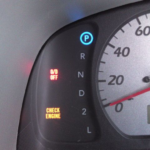 Do you know how to use overdrive?

A switch with "O/D" written on it on or around the shift lever of an automatic vehicle and its surroundings. Do you know what it is for and when to use it? What is overdrive (O/D)? Cars have a transmission, in order to start from the stopped state and increase the speed. This is easy to picture if you imagine the gears of a bicycle. Bicycles with gears can start moving without exerting much force, and can run much faster than bicycles without gears. Cars also have at least 3 gears. Some even have 8 or 10 speed gears. Starting ...

To possess a perfect endurance during colder weather conditions though it’s a reliable and safe vehicle, it requires to be well maintained. To avoid breakdowns which can make you marooned on snowy road prior precautions for the Japanese used car should be done. The tires, fluid levels, battery, wipers, and lot more equipment do require to be checked. Since the car is a used car it has just run for a few odometers and looking after maintenance is essential. Maintenance is a simple job when it’s accomplished regularly. Perfect Handling of Car A properly used car which means careful driving ... 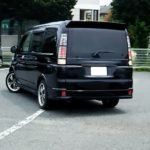 When a beginning driver goes out on a driving date, parking can be a very stressful thing. Particularly stressful is reversing into a carpark and parallel parking. Let's learn the techniques of garage parking and parallel parking so as not to be embarrassed in front of her. Tips on reversing into a park Here I will introduce the trick to how to successfully reverse into a park. (※ Assuming the car is a normal sedan type car.) 1. Determine the stop position before parking Pull the car so that it is perpendicular to the car parked in the space next ... 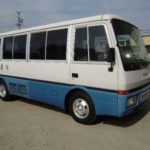 Which website is the best to purchase and import a micro bus from Japan?

If you are looking to buy a microbus from Japan, we recommend CardealPage, a site that lists more than 150 units of microbuses. When you purchase microbuses from Japan (such as the TOYOTA COASTER, MITSUBISHI ROSA, NISSAN CIVILIAN, ISUZU JOURNEY, HIRO LIESSE, etc.), what sort of websites do you refer to? Sites such as BeForward, lists many passenger vehicles, but sites like this do not offer a wide selection of microbuses. We would like to introduce and recommend some site for purchasing microbuses. Comparison of the number of microbuses listed on sites exporting used Japanese vehicles Conditions for narrowing the ...

PREV
Which One Is Better Manual Or Automatic Transmission?
NEXT
5 Tips For Car Maintenance For Women