Is Your Engine Oil Gradually Depleting? Here Are Some Reasons Why 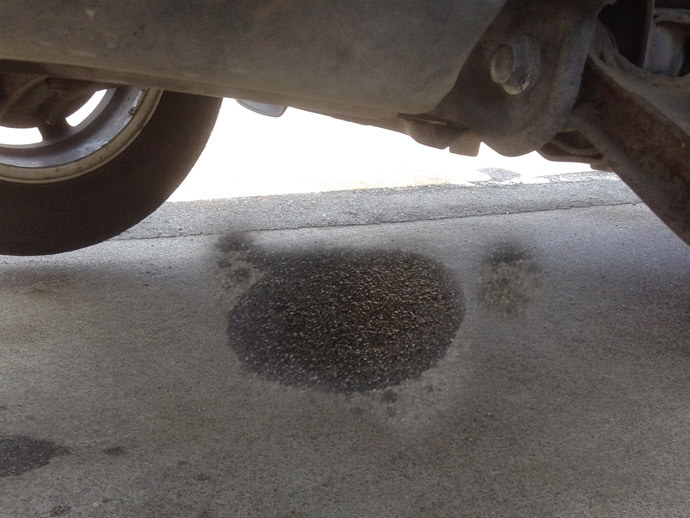 Engine oil is different from gasoline, basically it should not decrease. However, it may do in some cases.
I will introduce the causes and the remedies in these cases.

In the case of a sudden drop in oil level

Engine oil depletion is commonly known as an "oil leak", but there can be many causes.

Engine oil accumulates in a place called the "oil pan" under the engine.

If the oil pan hits something, cracks or holes may appear, and engine oil will leak from here a lot. In this case, the engine oil can be lost in the blink of an eye.

Looseness or misalignment of drain bolt

The oil pan has a hole for removing old oil from inside the engine. The bolt blocking that hole is called the "drain bolt".

If this bolt loosens or isn’t fastened correctly, a large amount of oil will leak out.

If the reason for reducing oil levels is one of the above, you are sometimes able to notice immediately, as engine oil leaks out under the car in large quantities.

However, there are also oil leaks that you might not notice immediately from the outside.
These are "oil rising" and "oil falling".

Oil rise is a phenomenon in which the piston ring, that plays the role of sealing between the piston and the cylinder, wears away and engine oil enters the combustion chamber through the gap and burns together with gasoline.

Because oil rises from the oil pan at the bottom of the engine into the combustion chamber above it, it is called "oil rising".

In this case, the valve seal, which plays the role of sealing between intake exhaust valves, degrades or expands due to the climate, creating a gap. Oil then enters into the combustion chamber and burns with the gasoline.

This is called "oil fall" because the oil comes down from the stem seal at the top of the engine to the combustion chamber below it. 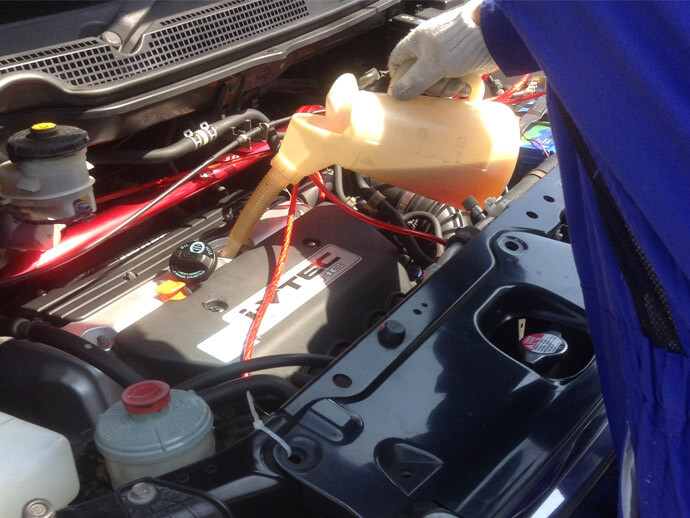 The Causes and Symptoms of Oil Rise and Oil Fall

The reason for both is that proper maintenance and oil changes were not performed, and the vehicle was run with deteriorated engine oil.

Degraded engine oil has a poor lubrication ability and it is quite dirty, so it scratches the piston rings and dirty oil will damage the stem seal.

When the oil level rises or falls, white smoke will come out of the muffler. However, the way this smoke presents is different in the case of oil rise from that of oil fall.

In the case of oil rise, oil always flows into the combustion chamber from between the cylinder and the piston ring, so white smoke comes out only when stepping on the accelerator.

In the case of oil falling, the symptoms are different depending on whether the oil is entering through the intake valve or through the exhaust valve.

Oil entering through the intake valves causes the leaked oil to accumulate in the vicinity of the valve, so the white smoke is seen most when starting the engine. After this, the white smoke may appear to disappear, but this is because while the vehicle is moving, the smoke is dispersed and invisible.
In fact, the smoke continues be produced, and the oil continues to burn.

If oil enters through the exhaust valve, oil accumulates on the exhaust side, so white smoke only appears at engine startup, and then it settles.
However, since oil continues to leak from the exhaust side, oil may eventually leak out of the muffler. 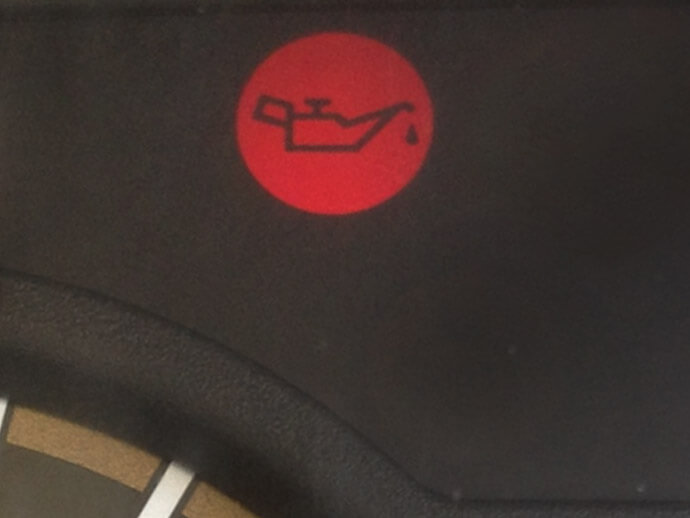 The fact that the hydraulic pressure has dropped means that the engine oil has decreased considerably.

If you neglect maintenance of your car so that engine oil leaks in large quantities, it will become a big issue.

Before that happens, it is advisable to check the amount of engine oil regularly and do proper maintenance.

How to Drive for more Kilometers per Liter?

As the cost of gas is at an all time high, and doesn’t seem to be coming down anytime soon, using your vehicle for regular commute is definitely expensive. Due to this, people now resort to public transport to get by their daily errands, while their car sits idle and shows no sign of returning to the road anytime soon. Good news is that there are a few things you can do drive for more kilometers per liter you fill, and most of these are common sense and good practices for the most part. The tips outlined below will help ...

What is the difference between four wheel and front wheel alignment? 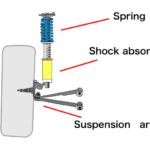 Change the shock absorbers when the ride comfort becomes bad

Have you ever thought “My car feels uncomfortable to ride in recently”? In such a case, the shock absorbers may be deteriorating. What kind of parts are the shock absorbers? We will introduce the type, lifetime expectancy, exchange method and so on below. What is a shock absorber? A shock absorber is a part that absorbs the vibration of a car. You’ve probably heard the word “suspension”, but the suspension is a combination of the springs and shock absorbers. Springs are enough to relieve shocks such as unevenness of the road surface, but with springs alone, the car will feel ...

How to Troubleshoot Brake Problems - For Newbie’s

Braking system is one of the most important parts whenever we undertake the driving of any vehicle. The person behind the wheel should be well acquainted with the different types of brake mechanisms that are available in the cars. There are disc brakes and the pedal brakes which are commonly used in the cars. We should be able to ascertain whether the brakes are in order. This could be done only when we actually sit and take a ride in the car. We should know whether the vehicle would stop at the point where we actually need to stop when ...

How often should I Change my Auto Transmission Fluid?

Most car owner’s manuals state that changing the transmission isn’t necessary. If this is true, then why are there so many burned out transmissions? If you’re looking for premium protection for your vehicle, expert mechanics recommend changing your transmission fluid at least every 50,000 KMS and 100,000 KMS for newer vehicles. Let’s take a look at why the automatic transmission fluid wears out, and how to detect its usability? The automatic transmission itself creates a lot of heat with the help of friction. Friction is the result of several things including clutch plates engaging, loads carried by gears and bearings ...

PREV
Want a Sunroof? The Pros and Cons of Having a Sunroof
NEXT
5 Functions You’d Better Have in Your Family Car