What is The Differences between Daihatsu Terios and Toyota Cami?

Daihatsu Terios a compact car and falls under the category of a Mini SUV. This is the car manufactured by a Japanese car manufacturer Daihatsu. This comes with the options of 2WD and 4WD. It is powered by a five speed manual and a four speed auto transmission. This SUV was introduced in the year 1997 with a five door estate model and the smaller version was called as Terios Kid. In the year 2000 there was a change in the looks of the Terios, wherein the interiors and the exterior was given a facelift and a high end models came with central locking and electrical front windows, alloy wheels and roof rails and roof mounted rear spoiler. The power was also increased and the total machinery was a product of Japanese make. This particular Terios was available in the three models. The first generation estate, the Terios Kid which was a car like model and the Terios Lucia which was the limited edition model!

The second generation Diahatsu was introduced in 2005 and 2006 which had some improvised features and was wider than the first generation. Diahatsu also supplied the vehicle to Toyota under the manufacturing agreement.

The first generation Daihatsu Terios was introduced in the international market by the name of Toyota Cami. Both vehicles had similar features of 4 door and the 5 seats seating capacity and 16 inches alloy wheels. The engine capacity was 1495 cc and the petrol, 4 cylinder 16 valve engines reached a maximum of 77 KW at 4400 rpm. This vehicle was given the disk brakes with the front wheels having the booster and the rear wheels having the drum. They had the Macpherson coil springs as suspension for the front and rear. They displayed the five speed manual and the four speed auto conversion speed gears.

The exteriors of both were made of polypropylene material bumpers which were supposed to be crack and chip resistant. The fog lights were also made of this material to prevent the cracking and fading issues. The interiors were very comfortable and made to be in the luxury segment, with air conditioning and a good storage compartment. They had additional features of radio and CD systems and the good positioning of cup holders etc.

Both of them had a comfortable leg space provided, with the facility to fold rear seats to make it more spacious for carrying loads. The doors were able to be opened to the widest for the comfortable entry and exit of the passengers and the luggage. The drivers were provided with air bags and ABS devices and the ability of the steering wheel to collapse to expose the brake panel.

Both Daihatsu Terios and Toyota Cami were specially designed for the comfort and safety of the people travelling. They ensured no difficulty when it came to long journey or the distance travelled. The comfort of the people and the peace of mind to the driver when he is at the steering wheel was the prime concern when planning to produce such car.

Over all, the Toyota Cami is a dependable car which has excellent performance and is a dependable brand. The pioneering features make it a good buy for a family. The cozy and comfortable interiors make it very popular throughout and has become one of the best choices be it for domestic purposes or even for an adventure sport. It’s tough on the rough roads as well and performs very well on the off road. With all the superb features, the Diahatsu Terios and Toyota Cami, have become the loved models for adventure and family utility. 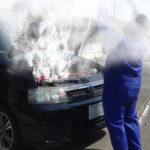 Engine Oil is Leaking! What Are the Common Causes and What Can Be Done About It?

If you want to take care of your car, "Engine Oil Leakage" that is worrisome. If you have a high mileage car, it is a sign that the oil leakage cannot be avoided. In this article, we will explain to you what are the causes and the symptoms of oil leakage, and whether you can deal it yourself or not. What Are the Symptoms of Engine Oil Leakage? As engine oil continues to leak, it will cause great damage to the engine. So it is important to realize it quick if the engine oil is leaking or not. In order ... 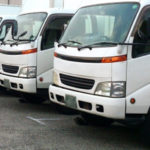 Compared with ordinary vehicles, vans and heavy trucks require certain techniques for driving because their body size is so large. I will introduce these techniques. Vans and trucks common tricks Sitting in the driver's seat and looking around Vans and heavy-duty trucks have a higher line of sight than ordinary cars, but there are still plenty of places the driver cannot see. These are known as blind spots. In order to be able to see these blind spots, vans and heavy-duty trucks have mirrors which are not present on ordinary cars. You should carefully check to see what is visible ...

Why Wearing a Seat belt is Necessary while Driving?

No matter how expensive a car you own, and how many advanced security features it has you can never underestimate the worth of a seat belt. All the nations around the world have made it a norm that every car driver should wear the seat belt in perfect driving posture. In fact all the people riding a car should wrap a seat belt for their own safety. Though wearing a seat belt on long rides may seem irritating, but it vital. No matter how expert a driver you are, you will be sharing the road with many others. Not everyone ...

Driving tips When you drive on steep slopes

If there is anything very true that applies to the skill of driving it is to be prepared always for anything. Driving on a straight countryside is quite an easy task although the real driving skills are required when you have to drive along slopes and hills. Anyone and everyone can learn driving skills along a straight road however it is extremely important and necessary to learn a few skills to handle your vehicle while driving along a steep slope uphill or downhill. It presents a challenge especially it involves frequent skills of braking and cornering. Both these actions introduce ...

How to get your Car ready for a Road Trip?

Everyone is excited about the different seasons, be it summer, winter, or monsoons. Regardless of the season, when you’re planning a road trip, it is best to include scheduled maintenance for your vehicle as well. Just like you need to be prepared for your road trip, so does your vehicle and having it completely checked will simply ensure that you do not face any problems that could have been avoided. The first thing to do is to completely clean your vehicle, which includes taken out even the pieces of paper and left over stuff. To ensure it is thoroughly clean, ...

PREV
Why Japanese Used Cars Are Popular in Africa
NEXT
Which one is better? Land Cruizer Prado or Hilux Surf?